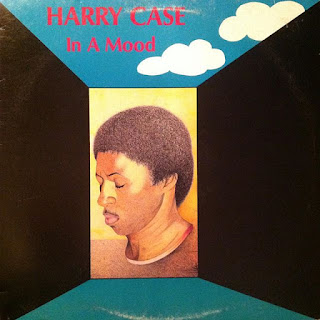 Although Harry Case has remained in obscurity, this album in particular has recently caused quite a buzz within the record collecting community, especially among new age, modern soul and balearic heads hunting for the dearth of early MTV outsider musicians and infomercial and video game computer based soundtracks.  The second and what appears to be the last of Harry Case's releases as a leader on the indie Ichiban label out of Atlanta, In A Mood exhibits a downtempo mix of breezy synth, electronic drumming and lo-fi guitar with Case's occasionally looping vocals – echoing the best of Matthew Larkin Cassell mixed with mellow digital instrumentation – with moves into balearic dance predating Larry Heard early 90s work and tropical soulful electronic popular contemporarily with the likes of Andras Fox.

This obscure lp shows Case building on the electronic funk sound he had already crafted a year earlier on Magic Cat – even reformatting some guitar progressions from the first session e.g. 'Easy Vamp' to 'Midnight Samba' – but In A Mood fits together much more coherently as the songs blend seamlessly into one another for a vapory lo-fi synth-folk-funk atmosphere.  From my best guess though, 'Electric' Mann and the rest of the personnel here are aliases by Case, but maybe someone down in Georgia can verify Casio Bhiton as a premier bass player around Atlanta in the late 80s?  Other than the two lps and a 12" 'Niagara' single, Case's short-lived career was rounded out by some session work on guitar but nothing quite as mysteriously intriguing yet melodically ethereal as 'In a Mood'.  Perhaps you can still find Case playing guitar somewhere around Decatur, GA; maybe he's even hard at work on the next new age soul masterpiece.  Cannot recommend this masterpiece enough – it is quite nearly impossible to find other records that come together so perfectly in sound blending such disparate influences into beautifully crafted soulful music.